As a winter of “shortages, delays and price hikes” approaches, the Irish State is busy accumulating new powers for the pacification of its own population. In this respect it is no different from its peers in other western countries. We are living through an unprecedented moment of social transformation in which the satrap parties currently represented in Dáil Éireann are naturally complicit. The time is up for complacent liberal democracy. A new age of extremes has begun. Calling the shots are the mega-corporations and the global financial institutions. The means, the motive and the opportunity are present. A myriad of excuses, from COVID-19 to Climate Action to Debt Crisis, provide broad moral justifications for the suffering inherent in the coming transition. In motion is a process of centralisation that will alter the definitions of human freedom and eventually human existence itself. Even those who trade their freedoms easily in the hopes of being left alone, will feel the pain of freezing winter nights when they cannot heat their homes.

If one word sums up this new reality, that word must be “escalation”. The Irish State is now living moment to moment in a fever of escalation, reacting to the slightest dissent as though it were an existential threat. We can expect no quarter. As day after day, crisis after crisis dawns, the system will search out scapegoat after scapegoat. These will be the powerless and the dissenting. The minority for whom there are no NGO grants or UN rights protections. The minority for whom no sympathetic opinion pieces are written or government legislation drafted. At the core of this minority will be, as has been the case century after century, Irish nationalists.

We know what the Irish State is capable of and what the British State is capable of. We as yet have only hints of what the European Union is capable of. We must assume the worst of all of them.  It seems increasingly likely that the regime is attempting to provoke or orchestrate an event which will be used to further legitimise the next phase of invasive restrictions. Whether they need such shock tactics or not is immaterial. They want it. It is consistent with the logic of escalation. It will be used to smash the “winter of discontent” before it ever begins. We see the media chomping at the bit of foreign atrocities, searching restlessly for the right template. Searching for something that they can tie to the right sort of people. Or rather the wrong sort.

The dangers are clear as day. We see State actors. We see a public-private bureaucracy committed to freezing out the slightest rebellion. We see a police apparatus increasingly sucked into the orbit of the British security state. We see rising through the ranks of power in Ireland, the enemies of Ireland. The media and political complex are wishing for a major incident of incitement. They will not be happy until they have it. If or when it arrives, it will be front page news for months. If they cannot provoke it, we must assume they will create it. 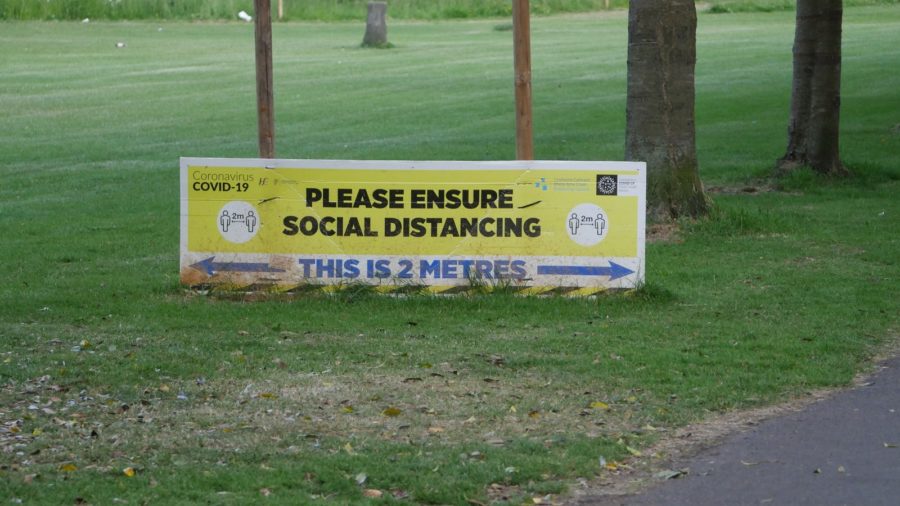 Such theatrics have become essential to them. Moral denouncements have become their most reliable weapon. What works once, works again and again. All policies of coercion, be it lockdown restrictions, digital COVID passports, hate speech legislation etc., are converging upon this moment. All at once the stroke will fall. The insane levels of media bias, hatred and demonisation are priming the public for what to expect. A frenzy is being created, pure and simple. It may be that one of the purposes of current government policy, consciously or unconsciously, is simply to drive people over the edge. To break them in mind and in body; to deprive them of the future, to deprive them of long term focus. In other words to make them “do something stupid.”

We must expect the worst. We must take it for granted that there are people within the broad church of anti-lockdown sentiment who, however well intended, lack the discipline or presence of mind to see what is happening. There are others perhaps who understand all too well. In creating situations that are difficult to control, one creates opportunities for State agents and bad actors. This will only end one way. The headlines are already being written. The targeting of celebrity homes is a giveaway because it is an intersection point in the culture. In the modern world, celebrity is religion. The celebrity is the protagonist in the light-show that informs contemporary morality. The learning moments in the culture play out through celebrity confessionals and persecutions, scandals that act as moral fables. In any event involving a celebrity he/she is the protagonist, you are the antagonist. One might very well wonder if shadowy forces in the State are searching for a celebrity victim? Searching for a learning moment with which to instruct public opinion?

Protest movements are unfortunately a sitting duck for this kind of game. Movements that mistake protest for politics lead only into the swamp. There is only one way forward on solid ground. That is political organisation and hard work. Cumann building. Campaign building. Network building. Engagement with ordinary people and with vocational interests. Building for the future. Building plain and simple. People who say there is no time, always say there is no time. What is certain is that there is no time like the present. Protest movements in isolation have little political function. They leave nothing solid behind them. When they “succeed” they lead only to calls for “more protests.” When they fail, as they always eventually do, they become centres of political rupture.

A centre of political rupture is what is coming, if the regime gets its way and if anti-lockdown groups continue to escalate aimlessly. The creation of uncontrollable situations leads invariably to a chaos onto which a controlled narrative is neatly imposed. The thing people must not do in these times is panic. Hysteria is the tone of the modern world. To break from it you must be calm, cool and calculating.

Understand this, that the reason you are in a position of vulnerability now is at least in some respects because you failed to build for the future when times were easier. When Catholic conservative movements, for instance, still had political capital in this country, they settled for complacency. When it was put to them that they should build a national political movement to confront the forces of dissolution, they scorned the idea and now they are virtually a persecuted minority. They chose respectability and keeping up appearances but now they are outcast.

The work is there to be done. The job is still waiting for you. It was the same job twenty years ago and it remains before us. There is no unity except unity of purpose and unity of ideology. The building of a strong core is what is vital; not keeping up appearances, not trying to remain respectable, not losing your head when you find your society is now a prison and that complacency has led you into slavery. This is not a time for panic or for frenzy. It is not a time for high emotions. It is a time to be calm, cool and calculating. It is a time to admit what has happened and start to finally build your way out. This is the moment when the regime wants blood on the streets. It is not the moment to give it to them.