Towards the Next General Election

At some point in the near future there is a General Election. And, for practical purposes, nothing else matters now except that General Election. All other considerations are secondary. They may matter, but they do not have time to matter. All resources, funding and planning must be directed at standing candidates, running campaigns, leafleting, canvassing and administration. And above all, enacting a coherent plan. It is not enough to run in an election. There must be a plan of attack. There must be clear goals and achievable aims. Elections cost money, time, resources, heartache. They require commitment, sacrifice and hard work. They involve often mundane, thankless jobs. But each one of these jobs is essential.

You start with nothing. You build a solid core of people that becomes the organisation and the vehicle for the idea. You become the oppositional force within a society. That is to say the force which must be attacked or must be ignored at all costs. The force that cannot be assimilated by the consensus. Then you bring that oppositional force into electoral politics. You bring that which cannot be assimilated into the political arena.

That is where we are. The upcoming General Election is now the goal. And until that election is fought, everything else is just a diversion. We must be single-minded in that pursuit. Everybody will have a role to play and there will be work enough for all. Those in positions of responsibility within the Party will be tasked with carrying out the duties of organising and overseeing campaign activities. Leadership and initiative are what are needed. General announcements about candidates will be made at a later time.

The cumann structure is the platform for coordinating Party activity on a national scale. Where the cumann structure is weak, it must be strengthened. Where it is strong it must be utilised to its fullest. The National Party can do nothing for Ireland unless Party members do what they can for the Party. There is no better opportunity to play your part for the National Idea than in the next General Election.

To find out how you can help the Party visit nationalparty.ie/contribute 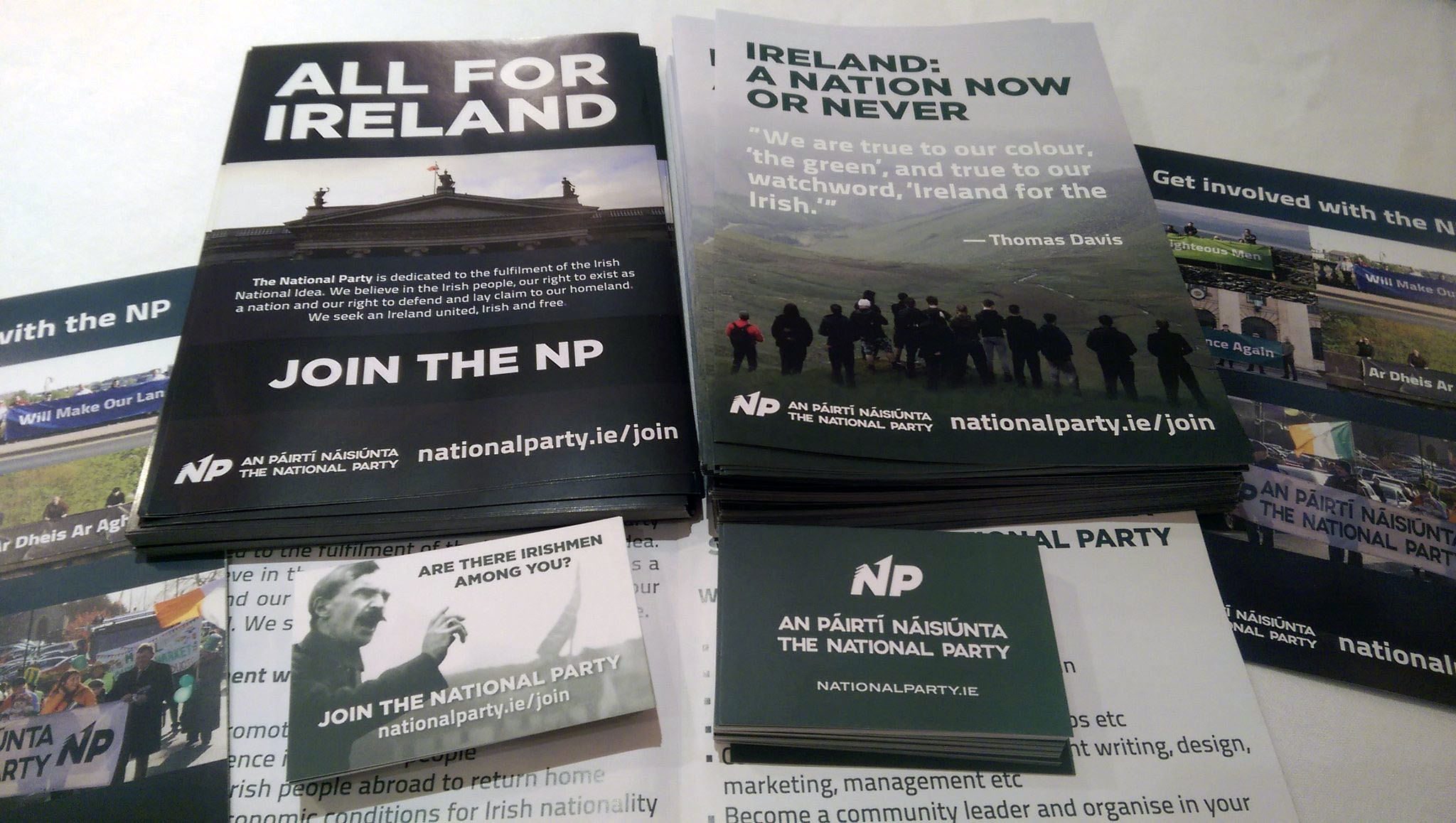