It had been a quiet year in Croke Park, for obvious reasons. Lockdown restrictions had silenced stadiums throughout the country and indeed the world. That was until Friday 31 July when Muslim lobby groups were permitted to use its playing field to celebrate Eid. It was an event most notable for its symbolism. The headquarters of the Gaelic Athletic Association, an organisation closely entwined with Irish nationalism, colluded openly in Ireland’s transition to a post-national multicultural state. Cheered on by media and politicians, it was the latest orchestrated spectacle of national dissolution. 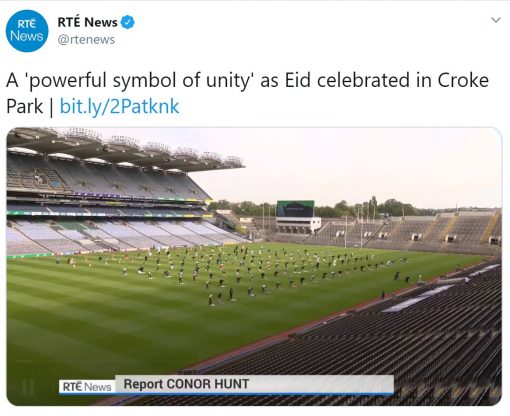 A people who cease to be territorial cease to be a people. They cease to have any claim on the spaces and institutions that make up their society. In essence they have ceded the ground upon which a stand can be made. They have left themselves defenceless before the world. In short, a people are territorial or they are not a people.

Ireland would not exist if the Irish people were not territorial. The claim to the whole island of Ireland is a territorial claim. It cannot be backed up unless a people exist who are prepared to advance it. But the question of national unity is only the most advanced form of something that is essential and primal. It faces us in the minutiae of our daily lives. That is where it is tested.

What Ireland is in danger of losing is exactly that. We are losing what is essential and primal. We are losing the raw tribalism that permits us to demarcate territory. The willingness to say this is Ireland, to say that we are Irish and they are not. That is the fundamental basis of identity and once we lose that, we can talk all we like about unity. There will be no such thing. For we will have ceded the basis of the claim which is the existence of the Irish people.

No honourable people willingly suffer humiliation in their own country such as the Irish did over the weekend. Any Irish person who watched those images of Eid in Croke Park and who didn’t feel a sting of humiliation, has lost any primal sense of national territory. It was an event stage-managed to provoke such a feeling in the certain knowledge that the Irish people would do nothing.

The lobby groups which brought about the event knew precisely what they were doing. On RTÉ’s Morning Ireland, Shaykh Dr Umar Al-Qadri said the idea for using Croke Park came about after seeing Muslims in Germany praying in a car park. “So I thought which place is the most iconic and historic and symbolic venue. And of course it is Croke Park. It is GAA, it is Croke Park that is all engraved into Irish lives and Irishness and I thought what if we can pray in Croke Park?”

It was chosen deliberately for its cultural significance. The most “iconic”, “historical”, and “symbolic” venue they could come up with. It was chosen because it would send a message. It is a message that is unmistakably territorial and only a deracinated people would not see it as such. This is the location where on 22 November 1920, men, woman and children were murdered by British Auxiliaries. The blood that was shed on that ground was the terrible cost of fighting foreign occupation. And almost one hundred years later, 31 July 2020, that same ground has been conceded.

The Purpose of the GAA

In Hayes’ Hotel on 1 November 1884, the GAA was founded. It would be perhaps the most enduring aspect of the Gaelic Revival. It was founded by people who explicitly understood the importance of territory. Even if the majority of Irish people were subdued or apathetic to what was occurring, the group who met in Thurles that day were not. They could see what was happening and what needed to be done. And they would pull the Irish people kicking and screaming if necessary back from the brink of annihilation. They could see how every aspect of the British presence in Ireland was fatal to the national body. The presence of the English language was eradicating the Irish language. The presence of an English-created education system was killing every aspect of Irish identity. The presence of English sports was destroying Ireland’s own games and traditions. All of this was a matter of territory. What the English held, the Irish lost.

Sports, games, cultural activities… these were not simply social events, they were existential. The founders of the GAA could see that the British understood this; that sports and games were used as a way of building national vigour, turning boys into men, churning out good men of empire, destined to be soldiers, statesmen, colonial administrators etc. A strong body was as important as a strong mind. It was vital therefore that the Irish draw a line in the dirt and revive its own sporting traditions.

“The strength and energy of a race are largely dependent on the National pastimes for the development of a spirit of courage and endurance. A war like race is ever fond of games requiring skill, strength and staying power…But when a race is declining in martial spirit, no matter from what cause, the national games are neglected at first and then forgotten….”

The evocation of war and martial prowess is important because, more than anything else, Cusack is desiring his countrymen be fit and ready for the nation’s defence. “The vast majority of athletes in Ireland are Nationalists,” he tells us confidently. It would be nice if we could be so confident today.

The purpose of the GAA then is to strengthen Irish manhood, to stop the eradication of Irish culture, and to help restore a martial tradition. It is to make boys into men and what’s more, to make them men capable to taking on the men of empire. The GAA exists to drive out the foreigner, plain and simple. It exists to aggressively assert the national spirit in a world that disdains it. If it fails to do this, then it has abandoned its raison d’être. It was become just another liberal NGO.

The GAA is not just another sporting organisation. Its true purpose is deeply ideological and deeply political. It is the part of the Gaelic revival that most endured in the popular imagination. It is a nationalist project if it is anything, and it should only be led by nationalists. What occurred in Croke Park on Friday proves that it is not, because Irish nationalists would not allow such an open encroachment by an alien people.

People who view this matter on religious terms are making a mistake. This is a matter of territory, plain and simple. The religion of Islam is, you might say, just one aspect of the broader experiment. We refer to the mass-immigration of the last twenty years. Something that even mainstream political commentators occasionally refer to as a gigantic act of social engineering. It is a twenty-first century plantation backed by government and big business. Cheered on by liberal NGOs. It is a demographic transformation which, unless it can be reversed, will entirely undermine the national territory.

We can see it in action in other European countries. When Angela Merkel tells the Turkish community in Germany that they’re German, and then Recep Erdoğan tells them they’re Turkish, that is a very clear territorial conflict. If your political class allows alien peoples to settle in large numbers and over a prolonged period of time, then of course your national stadium will become the venue for Muslim worship or whatever else. Just as every institution and space will be colonised and altered beyond recognition. We hold the national territory by function of being a people rooted in that territory. Borders are people. When the people change, the borders change.

How could the GAA have agreed to host such an event? The sad part is that nobody is surprised. This has been coming for some time. Impressive in terms of its organisation and influence, the GAA has nonetheless lost its way ideologically. It is not difficult to see the reasons for the rot. As society becomes more liberal and international, the pressures increase to conform. These pressures are both cultural and monetary. In one way or another, this has been the case since the 1970s when the ban on GAA players playing soccer and rugby ended. No doubt people will say this was a harsh rule, but the preservation of the national spirit sometimes necessitates a hard line be taken. After all, do we really imagine that the GAA could have refused to host Eid without every NGO in the country accusing them of racism? Taking a hard line means taking a lot of flak.

People will be familiar with more recent changes, specifically the removal in 2001 of Rule 21 which prohibited members of the British armed forces and police from membership, and changes to Rule 42 which pertained to non-Gaelic games being played in GAA stadiums. Whatever one might think of these concessions, the overall trajectory is inarguable. Bit by bit, the GAA has been sanitised for the modern world. 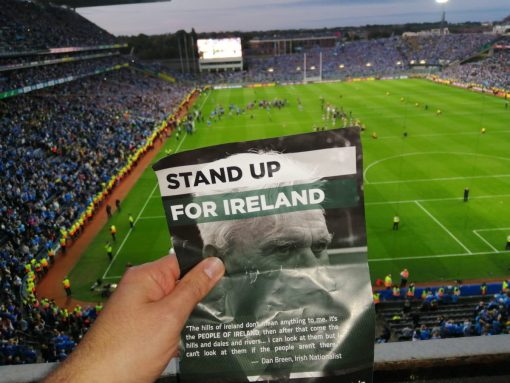 Anybody who has been in Croke Park on All-Ireland Final Day knows the thrill of the national anthem being played, knows the exhilaration as the teams walk a lap of the field before they take their positions, the crowd cheering, the atmosphere wild like a Roman amphitheater. This means something. It is rooted and primal. It hearkens to an Irish sense of self that is unapologetic in its territorialism. If we could only bottle that tribalism and put it to work in the national cause, Ireland would be a very different place. We wouldn’t be talking of Eid in Croker or racial gangs in Balbriggan or multinationals jetting in foreign workers or Dublin feeling like a foreign city. They wouldn’t be here in the first place. 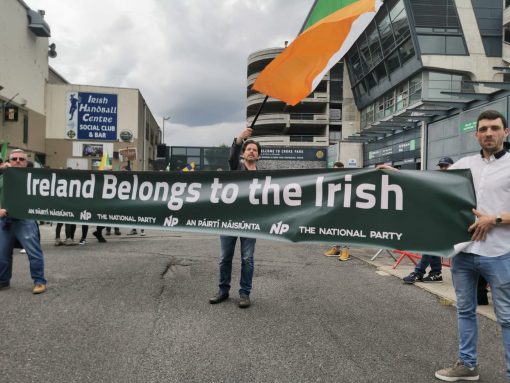 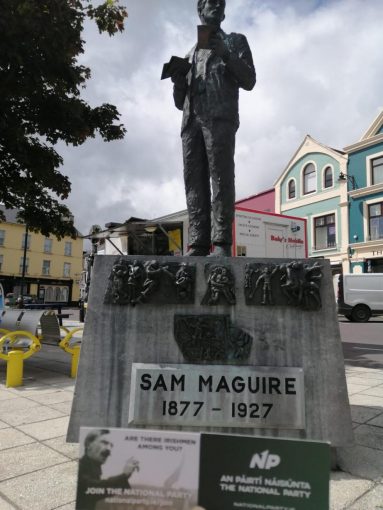