There is a statement often attributed to James A. Garfield, the twentieth president of the United States, that “he who controls the money supply of a nation, controls the nation.”

It is not obvious to the average Irishman or woman that they live in a state of bondage. They see no chains on their bodies and comfort themselves in believing that the foreign pillaging of Ireland is a thing of the past. Yet they are sadly mistaken. We need not point to the exploitation of our fishing waters by the imperialist EU to refute this comfort, though we certainly could. We need only look into our wallets or bank accounts to see how our people are controlled and subverted by foreign influence. The Euro currency itself is the exploiter par excellence of the Irish nation. It manipulates and distorts our whole economy, putting its poison into every aspect of it. Our current ruling elite are happy to allow this exploitation, in fact the National Party is the only political organisation on this Island that recognises the Euro’s nefarious influence.

To understand this we first need a bit of theory. Let us define what money is. Money comes into being due to the problem of the coincidence of wants inherent in barter societies. If I have bread and my neighbour has eggs, yet neither of us want what the other has, we cannot exchange. But we can exchange a medium in common i.e. money. It could be butter or sea shells but frequently it was gold. Money can represent all the goods in the economy as ratios of each other via the pricing system. Most importantly, it allows for a rational allocation of resources.

Consider this: without an accurate pricing system i.e. a ratio of one good to all other goods, it is impossible to judge whether my resource management is efficient or not. If I use up more resources than I get in return when producing, I won’t be able to produce for very long. We call this loss. Profit is the opposite situation and shows that my resource management is particularly efficient (the situation is actually more complicated than this but it doesn’t affect our analysis). A farmer in a small, relatively self sufficient, community might have little need for a medium of exchange. As the society becomes more complicated and the division of labor more pronounced, an accurate pricing system becomes essential.

Yet we do not have an accurate pricing system on this Island because we do not control the money supply. Our money is issued and controlled by the European Central Bank. We can ignore our ruling elite’s bon mots about European solidarity and their supposed influence on EU policy. The government are also in on the scam and in fact greatly profit from it. We shall take our housing crisis as the clearest example of the exploitation of the Irish people.

Mass immigration is only one, albeit important, aspect of our housing crises. The housing market is indeed a seller’s one because supply cannot keep up with demand i.e. the population of the country is growing too quickly and the market cannot keep up. Yet even this considered, the Euro completely distorts our housing market regardless because it is an inflationary currency.

Let us give a clear example. When one gets a mortgage, let’s say for €200,000, it is not that the bank has taken this money from the previous savings of their clients, money which they must return to these same clients at any time they should request it. The money is simply created out of thin air (in modern times, a few digits are changed on a computer). The borrower then must pay this loan back, plus interest, on money that never existed in the first place, that came ex nihilo into the economy. While this might be very serendipitous for the borrower, as the newly created money travels through the economy it devalues the rest of the currency (what we call inflation). It also utterly distorts the pricing system and encourages people to make investments they would not make had this money not been created. The result of this is prices rising in the area where the new money has been created (the property market in our example). This entices investors into this area, seeking high profits. Of course these are not real profits and the distortions become known once the new money creation stops or the speed of the newly created money slows down. And it must stop eventually to avoid hyper inflation.

This readjustment of prices is essentially what causes a recession. In short, whoever receives the money first benefits, who receives it last suffers. Having stated these facts clearly, who could say that this isn’t a scam on a massive scale against the Irish people? What we are essentially describing is a Ponzi scheme operated via the housing market where the ruling elite’s big developer friends get low interest loans and high profits. The property owning elite will benefit from the nominal value of hard assets rising. The ordinary person will foot the bill down the road once the pyramid falls.

House prices are rising due to a number of factors of course but the source of our issues is that our EU banks offer cheap low interest loans to developers and buyers by the creation of new Euros. This leads to a rise in the price of properties across the country and the now inflated currency creates (given a long enough time) a larger and larger price differential from what the average person earns to what the average house costs. This is why we have a generation of young people who will never own a home under the current system.

Critics may point to charts and diagrams and maintain that the rate of inflation has been steady and in single digits. This is the erroneous use of empiricism and mathematical averages to obscure the truth. Money does not inflate at an equal rate across the economy, it first must go from person to person through exchange. As previously stated, those that receive the money first benefit most, those that receive it last suffer most. The elite are happy to point the finger at small time land holders and attack them through more and more oppressive regulation. Yet the prices still rise. Not because more value is being created (though the problem is compounded by increased demand via mass migration) but rather that the nominal price ratio of the property is increasing. The game of hot potato can only continue for so long before it collapses again.

The Euro is an inflationary currency by design of the European Central Bank. Some say it is this way to benefit German exports or that the European elite truly believe in modern monetary theory. They might as well believe in voodoo for all it’s worth. It is a simple economic truth that if we increase the amount of money without decreasing the quantity of non-money goods, social wealth will not be higher but only prices.

These are not stupid people, what they want is clear. The result of these policies is the creation of a rentier class who will never own their own property and will be slaves to the state. In other words you will own nothing and be happy. It was Lenin himself who advocated devaluing currency to destroy so called capitalist society and his Bolshevik revolution enslaved Russians and Eastern Europeans for decades. Our ruling elite are clearly attempting a similar kind of revolution but altogether more subversive and cowardly. They will inflate and distort the Euro to such an extent that the young of Ireland will never own property. The propertyless masses will then be manipulated by media to accept total government control of the economy to fix a problem created by the government in the first place. The ultimate end point of this policy is to return Ireland to the 19th century, where Irish people were under the boot of absentee landlords, the only difference being instead of an English elite it will be a European financial elite.

The Euro is also a fine weapon to keep the EU states in line. One need only look at Greece and its Mediterranean neighbors, whose economies have improved little since the 2008 crash. The Euro keeps them vassal states of the Germano-Franco EU. This will be our future unless we change course. It is not unlike the Imperial economic policies throughout history.

The right to private property is fundamental to any stable society, no civilisation can survive without it. This includes the right to money free from fraud like inflationary policies. The evil of modernity will pass just like every other evil. Unfortunately, should their plan go unchecked, the Irish and European elite will destroy our Island’s economy and cause the misery and death of thousands. They in time will fail and our nation shall rise again like it always has. Yet there is something we can and must do to avoid the worst of this disaster: we need our own money again.

The mistakes of the previous generation need to be corrected. Merely changing monetary policy will not be enough, the Euro needs to go. Even if we stopped inflating the currency in Ireland our EU neighbors will not and extra Euros will eventually circulate into our country: the punt needs to be brought back. We needn’t concern ourselves with particular monetary policy right now. Some more Libertarian Irish nationalists may want no government influence on monetary matters, others may want to maintain a national central bank and simply remove the more nefarious inflation of the housing market. What we all agree to in the nationalist movement is the need to get control of our currency and by proxy our country. At the very least control of money must be taken away from the current Irish ruling elite and their European cadres for they do not have the interests of the Irish people at heart. The so called opposition in government is no better. All they will do is increase the rate of money inflation. They are silent on the Euro and banking problem and will continue to be silent.

It is of upmost importance that the scam of our current economy is revealed to the Irish people. They are not fools and know intuitively that something is wrong. Let us elucidate the truth to them and work towards the freedom of the Irish people from monetary slavery. Having our own money with an economic policy geared towards a nationalist perspective would dramatically improve the lives of ordinary citizens. 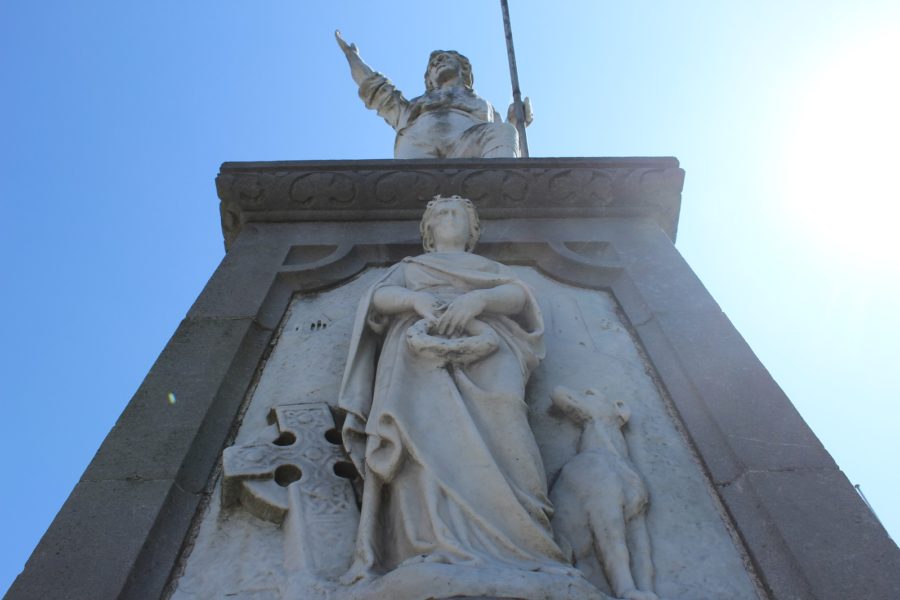 The National Party has advocated withdrawal from the Euro zone, the use of the Irish share of the ECB holdings of Euro cash and electronic money reserves to clear the national debt, and the creation of a National Central Bank with sole authority for issuing currency as well as for providing credit on a large scale.

We have proposed State loans and incentives for young couples to make it easier to purchase a home and to remove economic obstacles to family formation. We believe that the practice of foreign investment funds bulk buying Irish housing stock should be outlawed.

The National Party has also advocated removing loan interest from national economic life and pursuing a model based on monetary transactions of real goods, real production and real assets, not manufactured credit or manufactured debt conjured up from thin air.