This Sunday an official commemoration is taking place to mark the 100th anniversary of the Soloheadbeg ambush, attended by Minister for Justice and Equality Charlie Flanagan and with Fianna Fáil TD Éamon Ó Cuív as the main speaker. One is entitled to ask how a regime committed to erasing the Irish people and their history has such gall to commemorate men who elected to fight and die for the sacred cause of Irish nationality.

The State Broadcaster has settled on muddying the waters. Debating whether the participants were heroes or murderous thugs. The fact is they are deeply uncomfortable with the whole news cycle around the event, not merely its alleged controversy, but its subtext and its essence. It is alien to their sensibility. Not simply the violence of it, or the rawness, or the audacity. But that a few young lads from the back-roads of Tipperary elected themselves vanguards in a transcendent struggle that was centuries old and for all they knew had centuries to live. A struggle in which moral certainty derived not from a class of satrap “born to rule” bureaucrats but from the historic existence of the Irish nation. And the will that it live.

This event is important. Not least because it cannot be integrated. It forces people to take sides. It makes people angry. It makes the Liberal consensus shudder and disavow. Our times, marked by sentimentality and apathy, cannot take the shock of what this event represents.

Why is the State acknowledging it at all? Why is it going through the motions? The answer is simple. These centenaries, starting with the 1916 commemorations two years ago, are a series of funerals. They come to bury Ireland, not to praise it. Erect a few headstones, lay a few wreaths, utter some empty pieties and forget. They want to draw a line in the dirt and pursue their new agenda, their new Ireland, their anti-Ireland. We cannot let them.

We encourage National Party members to attend this event on Sunday, which will take place at 12.30 at the War Monument at Solohead Cross, because good people should be there to look the regime officials in the eyes when they utter their bloodless platitudes. Let them know that the meaning of this event is not reducible to the sum of their efforts to efface it. And that Irish history and nationality are not reducible to politically convenient soundbites. Let them know that the blood which ran in the veins of revolutionaries past, runs in the veins of Irishmen still. And that very thing which they wish to crush and destroy still lives. The historic Irish nation.

Ireland exists not to be buried. But to be resurrected. 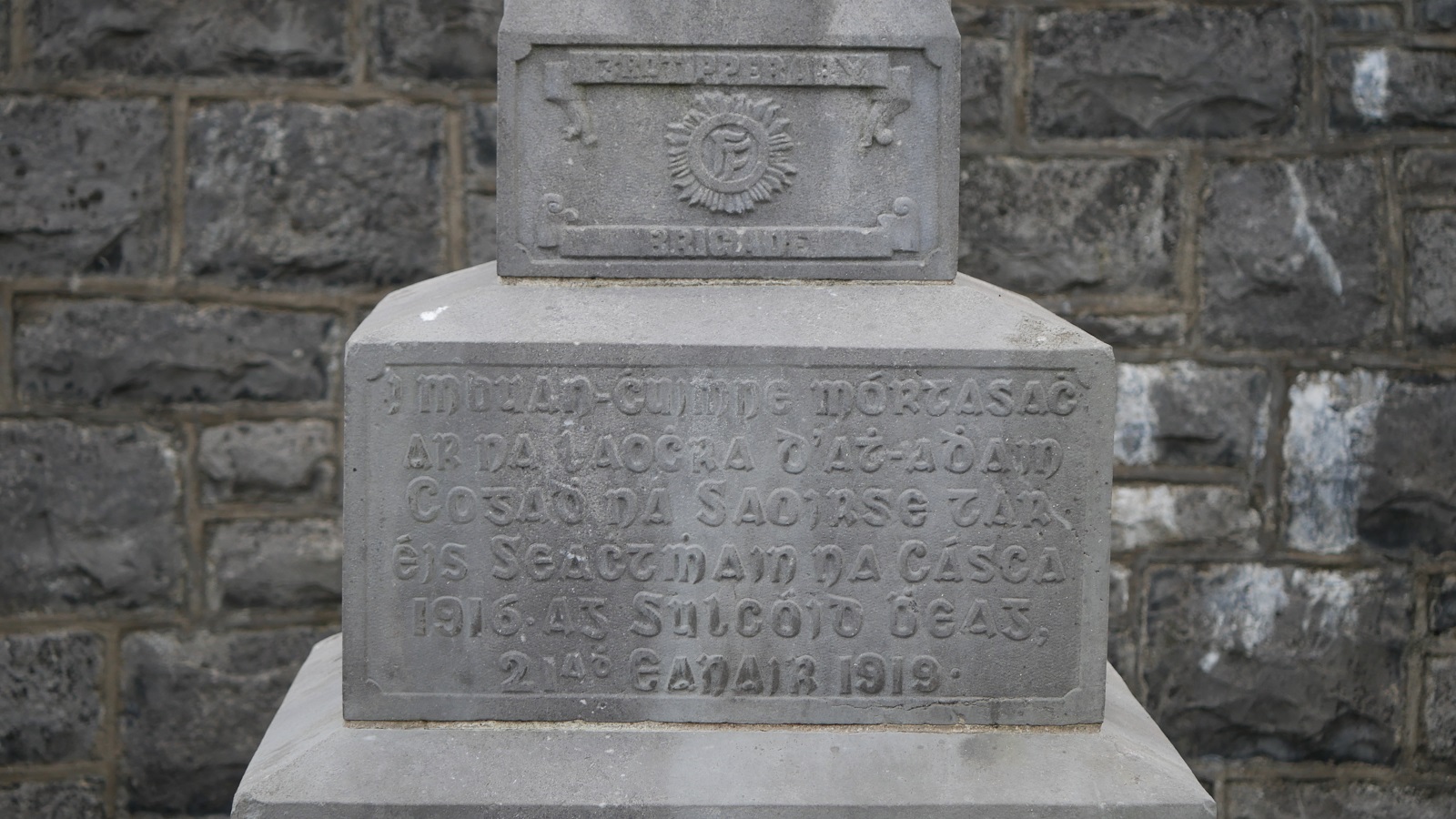