The recent American fad for toppling statues has finally reached Ireland. Among the targets for demolition are a monument to Christopher Columbus in Galway City and a plaque to Richard W. Dowling in Tuam, Co. Galway. Both cases seem incredibly petty. I suppose we can let the Italians worry about Columbus. Dowling’s crime seems to be that he served in the wrong uniform after emigrating to America to escape the Famine. Removing these monuments seems more or less tokenistic.

More strikingly, and more dangerously, there have been calls to remove the statues to John Mitchel and Seán Russell. Yes, Irish politicians are talking about tearing down statues to Irish nationalists. Mitchel in particular is a titanic figure in the nationalist pantheon. The idea that he can simply be memory-holed is nothing short of extraordinary. You might as well memory-hole Pearse or Connolly.

And please let’s dispense with the platitudes about racism. We can all see what’s really happening here.

We know that the most basic assertion of Irish nationhood — the claim that Ireland belongs to the Irish and to no-one else —is already considered a thought crime. And since no Irish nationalist has been innocent of this crime of loving Ireland, then no statue of theirs is safe.

That ultimately is the controversy. The line of attack is incidental. They do not have to find more objectionable things than the fact John Mitchel and Seán Russell believed in the cause of Irish nationality. The auxiliary excuses are just a smoke screen. When they get their chance they will go after the rest too. Bit by bit, statue by statue, humiliation by humiliation, they will dismantle every aspect of Irish national life and identity. It is not simply that our history is inconvenient to them, it is that we are inconvenient to them.

Around the globe, the roars of iconoclasm sound. The bonfire of the present is consuming mercilessly the past. Liberal Ireland watches on intently and sees the time is ripe.

What we are witnessing now is the thin end of the wedge. They have picked an opportune moment when statues around the world are coming down. And they have picked likely targets in two men who appear incongruous to the times we live in. How better to eviscerate an Irish nationalist than to reduce him to some “racist white male” meme? How more completely to negate Irish nationality than to subordinate it to “woke” social media mobs? It is a greater crime they are committing, in transforming Ireland into a suburb of Anglo liberalism, than anything that was done by Mitchel or Russell.

Make no mistake, this is only the beginning. They have picked what they see as soft targets, but there are plenty more where those came from. If Mitchel and Russell are allowed to fall, then every statue to Irish nationalism might as well be allowed to fall. If we are knocking down our heroes, then there is nothing left but to start again from the ground up.

Those who look for reasons to destroy monuments will find reasons. If you give a fool some grant money and long enough to think about it, he’ll invent a reason to topple every statue, ban every film, burn every painting and smash every altar. Reasons come easy. There’s a new one every week. The best you can do is get your priorities straight.

We do not desecrate the monuments to our heroes in order to placate a global mob who care nothing for this country or its history. If you are unhappy walking the streets of Ireland, beneath the statues of Irish nationalists, then you are in the wrong country.

The past is not a matter of convenience. We do not pick or choose it. Like our family and our country, we are born into it. We are born of it. Meaning precedes us into the world through the shadows of our ancestors.

The struggle to assert Irish separatism echoes through the centuries to the very present. We stand only on the shoulders of those who came before us. Not giants or gods but men. The choice few of an imperfect mankind. We need make no apology for them. They serve as the link in an unbroken chain. History’s lifeline to the present.

All that matters about Mitchel and Russell is that they loved Ireland and that they served the cause of Her nationhood. That is valid enough reason to honour their memory and to preserve their monuments.

Let’s hear no more about removing statues. Let’s have no more slave-minded concessions to a corrupt global order. It is the current political regime in Ireland that needs removing. It is they who need to go. It is the very real crimes of the present that need addressing. Crimes against the Irish nation. Heroes are what we need. More of them. Not fewer. May they do justice to their country, and may their country do them justice by honouring their deeds. 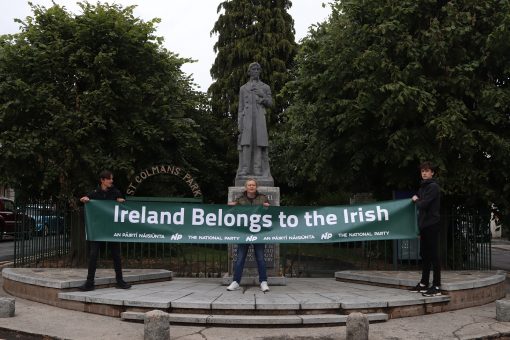 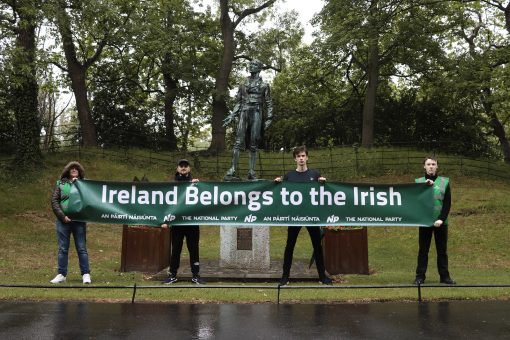 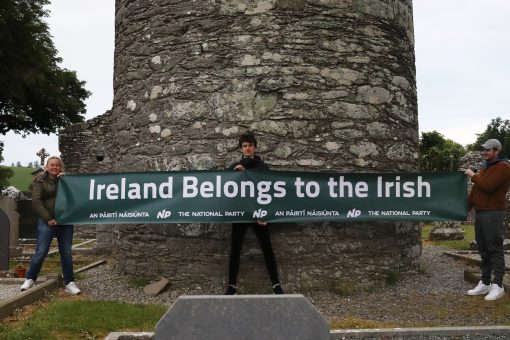 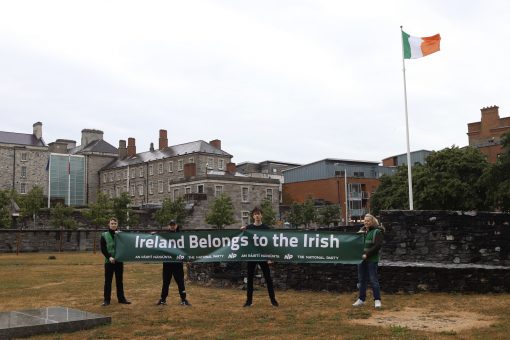 This article was submitted by a National Party member. If you would like to submit an article for publication on the National Party website, follow this link