In the centenary of anniversaries, it is imperative that we honour and respect the valiant efforts and sacrifices made by Irish Nationalists a century ago. One such sacrifice was that of Seán Treacy, 3rd Tipperary Brigade of the IRA, on this day 100 years ago. He dedicated his life to the cause of Irish freedom and died in the service of that noble cause.

Treacy’s memoriam card reads: ‘Make me a grave where the shamrocks grow,/ Say that I fell fighting the foe;/ Fought best I could, gave blow for blow,/ And died for our dear Mother Erin.’

It was to honour this man that National Party members in Dublin City Centre this morning erected symbolic street signs carrying his name in both Irish and English on Talbot Street where he died.

One plaque alone does not adequately convey the heights achieved by this man’s feats, nor the gravity of his death.

Ireland must honour her own national heroes in the names of her streets and public buildings and not those of men who dedicated their lives to upholding the British imperial project in Ireland. The day of Lord Lieutenant Charles Chetwynd-Talbot, 2nd Earl Talbot has passed. Let us today honour a greater man, Seán Treacy.

The National Party proposes that Talbot Street be formally renamed Sráid Sheáin Uí Threasaigh (Seán Tracey Street) and calls upon Dublin City Council and its Chief Executive, Owen Keegan, to act upon this proposal immediately to honour the deeds and sacrifices of this great man. 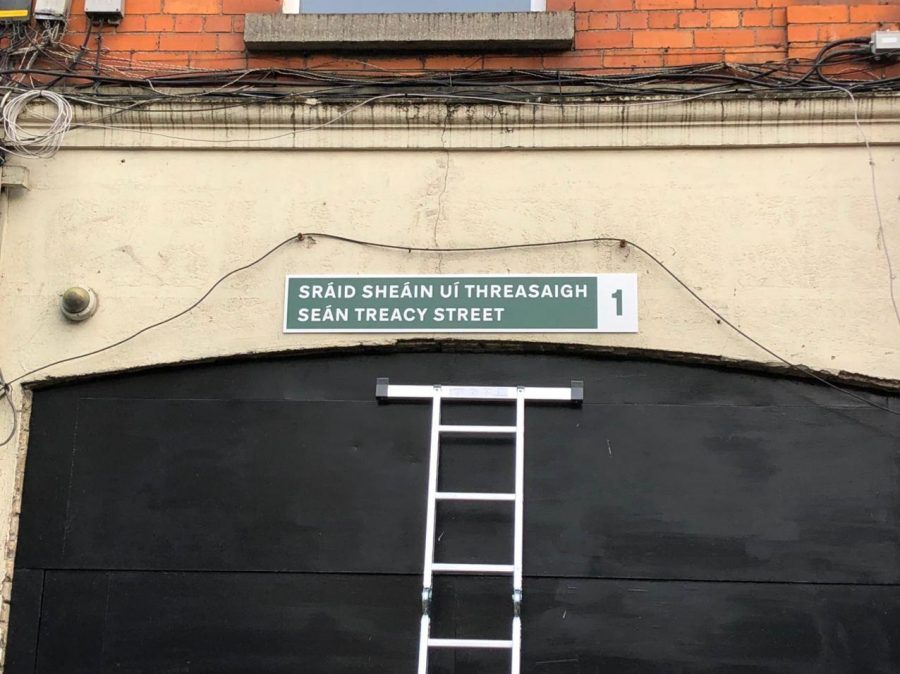 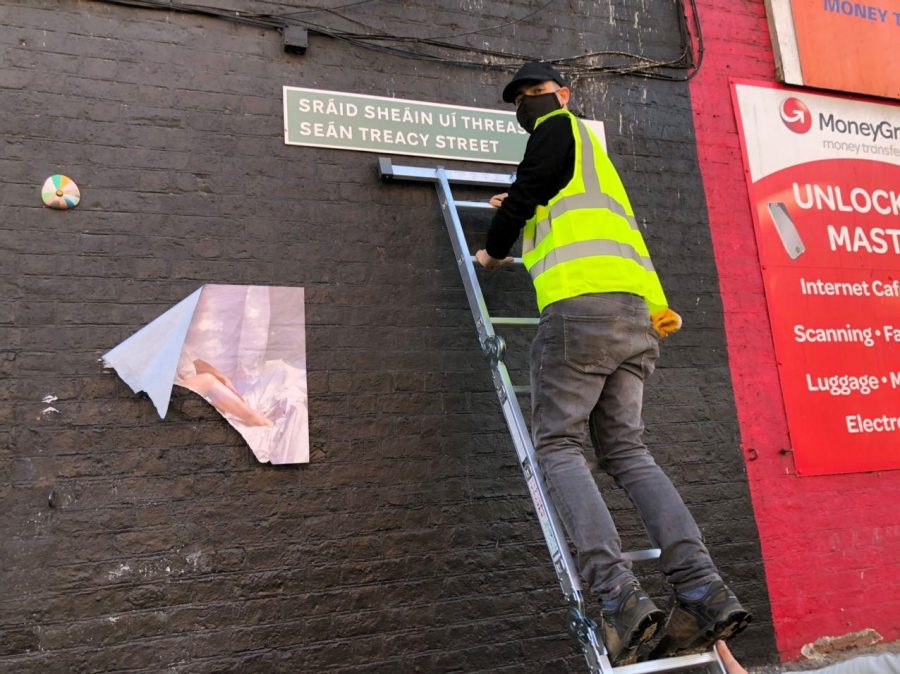