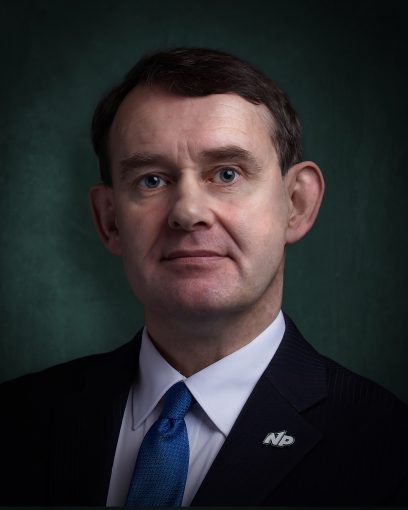 It’s beginning to look a lot like… they ruined Christmas. If feverishness is a symptom of Covid the Government and NPHET would do well to take their own advice and self isolate. But for more than 14 days. 2020 has been miserable, no point in denying it, only the plan shaping for 2021 looks worse.

Let’s set the record straight, a pandemic on an island of six and something million doesn’t kill thousands, it kills tens of thousands, hundreds of thousands even. The health system doesn’t need to flatten a curve, it’s utterly helpless, no system can plan for one, or act with any effectiveness during one. People die everywhere, in their homes, at work, in the street. No use in wearing cloth over your nose and mouth, that won’t protect you or anyone, only exacerbate a state of panic and maybe kill some people who would otherwise have been fine. No point in staying two metres apart, you need to stay at least countries, if not continents apart, and we are told that’s too late. Though last February we were told that was too early, oh and yes… masks were useless.

Meanwhile in Wuhan, it’s party time. It’s always Communist Party time. No lockdown in China, no masks. Total confirmed cases of Covid, 86,889. 4,643 people died. That’s it. That’s all. Out of a population of 1.4 billion. Maoism, it seems works better than masks, a lot better. Or we are being lied to.

A Christmas message is no place for statistics though, and not much comfort to the bereaved families who’ve lost loved ones undoubtedly to a virus that is at least potentially deadly in some instances, however few amongst the many. But perhaps it’s time to ask why there is no Christmas for the many over a “pandemic” that started practically harmlessly in China and spread across the world to relatively few casualties and yet the rest of us shut down for most of the year and even on that most sacred of family as well as religious days intruded to keep us from loved ones on very shaky scientific ground.

If you’re one of the lucky ones that can have most of them with you to “celebrate” this Dec. 25th, then great. Make the very best of it. Many are not so lucky and facts, family and friends should decide how we spend our Christmas, with whom, for how long and at what distance apart, not NPHET. And every other day of the year too. Is that not obvious? The problem as Mark Twain once quipped however is that “common sense is not all that common”. All of us have had our Christmas marred in some ways, some of us have had it ruined completely and it’s unforgivable.

Not a throwaway phrase. The regime in Ireland, across our Parliament, should never be forgiven for the 2020 we have lived or the 2021 they have planned, and Christmas Day should mark in our memories a particularly vicious intrusion upon not some theoretical notion of liberty but the very essence of what we are as human beings.

To be sure, much of the Irish population is cowed in fear, if not of the very unlikely possibility of catching a virus, then the draconian laws introduced to combat a relatively minor public health issue. By all means, as the National Party stated at the beginning of the year, extreme circumstances demand extreme measures, but when those circumstances failed to materialise why did the regime continue to behave as if they had? Why, when the worst of not very much was over early in the year did they insist that not only was the worst yet to come but that indeed it had and proceed to show us in bold figures that it hadn’t. The whole thing was impressive, is impressive as a propaganda exercise, I cannot think of a parallel in history, but as a “pandemic” it is as damp as the weather.

Those of us the count the cost in denied freedoms have grievance enough, enough you would think to topple any Government. But for an ever increasing number the cost will be counted in lost employment, in lost businesses, in lost homes and lost lives through undiagnosed fatal illnesses which were and will be unnecessary and worst of all in the lives of those who gave up altogether and succumbed to the despair of suicide.

The National Party is often accused of trying to create a “them and us” society, but it was the regime while proclaiming #InThisTogether, who parted us most cruelly from each other physically and psychologically. There can be no us again until we are rid of them.

So, in as much as you can, take the day off. Relax. Enjoy what comforts are available this Christmas. Above all keep up hope. My Christmas wish for you all, members and supporters of the Party and all the Irish people at home and abroad is that “this too will pass”. We are in this together, we will get through this together.

Peace and Good Will to most men for today. And then the New Year… one way or another Ireland will live.