Our Nation’s Defence forces are in crisis, with recruitment numbers declining sharply and serving members leaving in droves, in many cases paying to do so. With a membership of below 10,000 personnel, including reserves, and our military budget the lowest in Europe at 0.3% of GDP, as militaries go, it simply cannot be said that our military is bloated and in need of a reduction in size.

The reasons for this crisis are at once simple, when the view is limited to the material concerns of prospective and serving members, but there remain existential reasons for this situation which will not be solved by the stroke of a Minister’s pen. To quote Ex Brigadier General Ger Aherne;

“Since the Defence Forces’ foundation in 1922 they have been continually unwavering in their loyalty to the State but this hasn’t been reciprocated. There has been an expectation that the State respect those who serve, but this hasn’t happened.”

On the material level, for many the Defence forces unfortunately is no longer a viable career option, with a policy of freezing public sector promotions during the recession resulting in a backlog of promotions, many newer members of the Defence forces realise they simply cannot raise a family or improve their lot above subsistence (or lower) on the current wages. This is an issue dealt with elsewhere in far greater detail (the Defence Forces pay and Conditions Facebook page regularly posts updates on the matter), and it will not be news to most readers that the recent cuts to public sector pensions and benefits have further exacerbated the situation. So unviable has the Defence forces become as a career, that private companies such as Aldi and McDonald’s have recognised that they can headhunt highly qualified and resourceful personnel desperate for a way out of their circumstances.

All that being said, nobody joins the military during peace time to get rich, in the past the military was a way out of difficult economic or social circumstances for many, for others it carried the air of adventure, the Defence forces have always been, however, like all militaries, an extended family for its members. The bonds forged by the adversity of training and service make fast friends the like of which is found nowhere else in society, to the extent that, when the time comes, the historical record shows, personnel are willing to endure the greatest hardships and even give their lives in service to their people and comrades. As a political party of the right, it is incumbent upon the National Party to point out what many in the Defence forces are afraid to speak of, namely, the left wing social engineering projects which have eroded the camaraderie of the defence forces, from Draconian harassment rules to diversity quotas and the forced promotion of women into higher ranks simply for the fact they are women. The National Party, needless to say, unequivocally rejects all social engineering which may hamper the Defence forces in the execution of its tasks vital to the security of the State 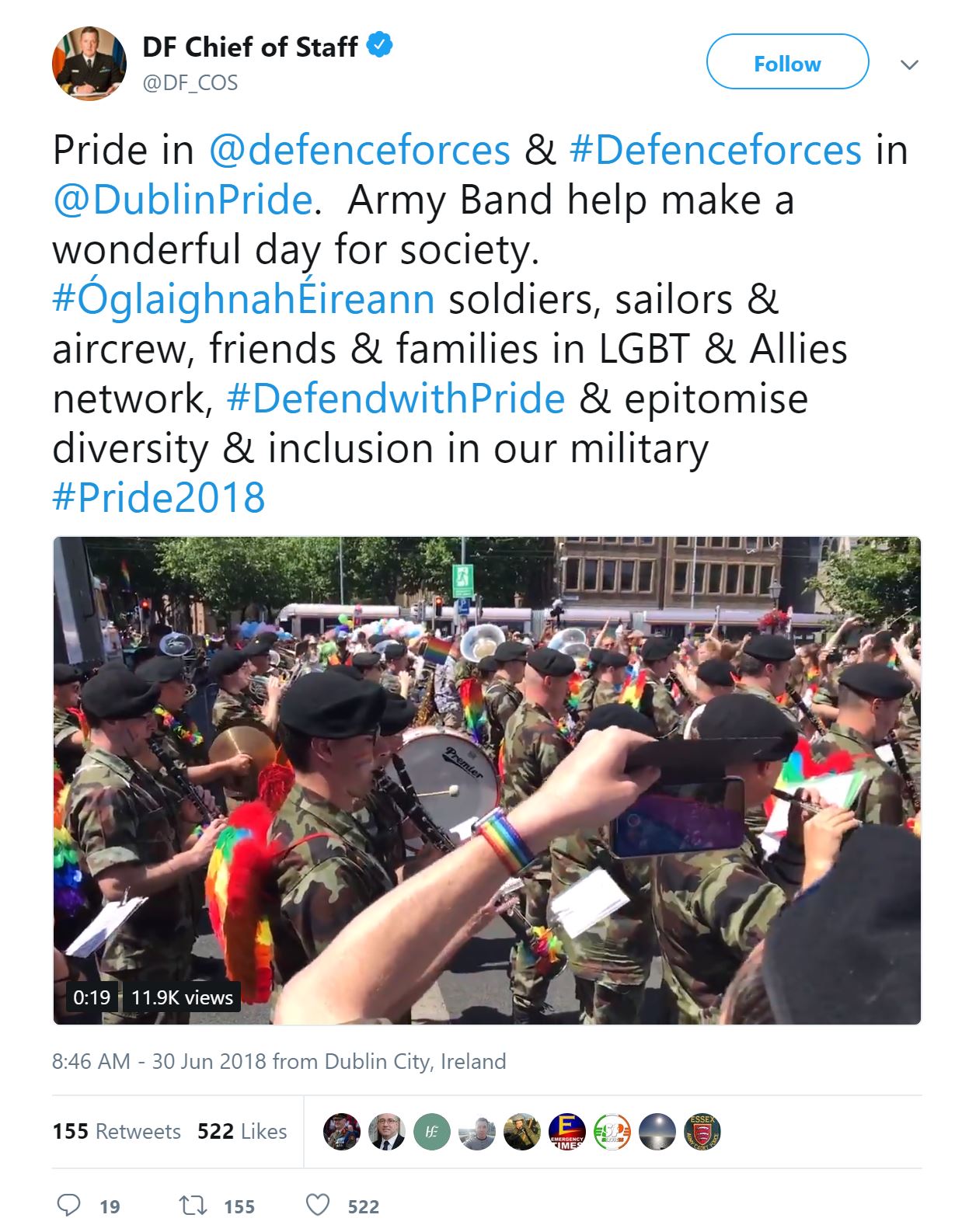 Furthermore, the Defence forces suffers from a general lack of respect from society at large. In the eyes of not a small number of Irish people, the army is unnecessary altogether, and this attitude is reflected by establishment politicians, who have, due to the simple arithmetic of election numbers, elected to slash the tattered defence budget time and again to maintain the shambolic and financially inefficient public services such as healthcare and education which bring in far more votes than the 9,000 odd members of the Defence forces and their families ever could. A part of this lack of respect, perhaps, stems from the current deployments of the Defence forces abroad, mostly on humanitarian or quiet peace keeping missions, frankly, this boils down to two things; firstly, a lack of effective publicising and lionisation of the feats of the Defence forces abroad, half of the draw to the military life for young men in particular has always been how “cool” and exciting it is perceived as by society at large, secondly the deployments themselves, by and large, have little and less to do with protecting or advancing the interests of the Irish Nation. At least of the Iraq war it could be said America benefitted financially from seizing mineral resources and strategically from the use of ports and air bases on Iran’s border, or of the Falkland’s war that Argentina was claiming, and the UK defending sovereign territory, but how Ireland and her people benefit from preventing Hezbollah and Hamas traffic weapons through the Golan heights is questionable, to say the least, compared to the cost in blood and treasure.

In short, for the Defence forces to become a “real” military in the eyes of the Irish people, it must be paid, promoted, equipped, trained, treated and deployed like a professional military force, and not turned into the glorified, armed G4S detachment the current Government appears determined to turn it into (at least until an EU military is formed). The Minister for Defence has warned serving members of the Defence forces against protesting their pay and conditions, but has seen fit to allow them to attend and march in the Dublin gay pride parade in uniform. As such the National Party supports and urges those who wish to make a difference to attend the Parade for Respect & Loyalty this Wednesday the 19th Sept at 11:45am at Merrion Square.