The constant narrative that membership of the EU has been to the unalloyed good of Ireland, as an economy and as a nation is unquestionably false. The sources for that bold statement are the proponents of our joining in the first place, our adopting each integrative measure since, and our obviously remaining in the Union as currently constructed. A paradox perhaps but true. They have argued on every occasion that a new Treaty has been presented for the Irish electorate that you can’t just have the parts of EU membership that you like, you must take it all or nothing. They’ve been delivering this message loudly to the British electorate since their 2016 decision to vote to “Leave”.

There is a premise here that I’m not sure they are even aware of, which is that there are things which you don’t like, but must accept anyway, on no sounder argument than because that’s what there is. It’s supposed to end debates during referendums and since the absolute goodness of EU membership is rarely argued at other times it never comes up for examination. Why though? Why can’t we have the things we like and not the things we don’t like? Who made it so “that’s what there is”? Take it or take it.

The answer is surprisingly simple. It was designed that way from the beginning and by design. The term “ever closer union” found in the preamble of the foundational Treaty of Rome, though just three words, allows for the inevitable development of the then European Economic Community into what the European Union has become and is still in the process of becoming. Three poisonous words that exclude all other possibilities than what there is, and set only detail and timing for decision thereafter.

A sense of the inevitable is a powerful force in politics. But it is not thereby unstoppable, and while the design of the United States of Europe was there from the beginning and indeed before the beginning, it has never been proclaimed as such. On the only occasion where something approximating an honest presentation of the final destination was placed before significant numbers of actual Europeans they rejected it soundly.The EU’s problems then are not new, they did not arrive on a wave of “populism”, which need only be resisted awhile before everything returns to normal. They are there because the central idea is at odds, not with momentary political factions or economic circumstance, but is at odds with Europe itself.

The way it is now, politically, is hostile to the way people are, fundamentally. And as that chasm widens so the political class, the so-called centre, cuts itself off from reality and becomes increasingly baffled by what real people really think. Instead of re-adjusting they have chosen instead to marshal their not inconsiderable financial, political, and institutional powers to carry on regardless. And so it will get worse, for them as the realisation of their goals become more unattainable by democratic or “populist” means, and for us as we are ruled by a powerful elite faction who simply don’t care for who we are or how we are.

In Ireland in particular the case for EU membership in its current form grows weaker. The base contention is that we are materially better off in 2018 than in 1973, and on the face of it that seems impossible to dispute. But you would look long and hard for any part of the world where the same statement could not be made. No matter how poor now, 1973 was worse. How much of that had to do with the EU in comparison with the material progress made by economies with no connection at all with the EU in the same period?

Well then there’s the straightforward fact, the EEC/EU over that time gave us, literally gave us, some €60bn through one scheme or another, and even netted out against our budget contributions, that’s roughly €40bn in free money. Now there’s an esoteric economic argument that free money is actually bad for economic development primarily because centrally distributed funding distorts the free market, but there’s no purpose to making it to most people. Free money, that at least is an alloyed good, and €40bn of it.

Except that over one phone call in 2008 the Governor of the ECB made a demand of Ireland, to bail out a failing banking system to support the Euro “or else”, which cost the exchequer some €64bn in direct payment, and since it had to be borrowed we have yet to know what the final figure will be. On the “free money” theory they owe us €24bn. EU funding to Ireland was then at best a loan carrying a massive weight. They have no intention of returning the €64bn, never mind the balance of €24bn, and as far as free money is concerned we are now net contributors to the EU, at the price of €2.7bn per annum set to rise substantially after Brexit.

Moreover, there is the issue of unforced economic mismanagement prior to 1973 coupled to enforced mismanagement afterwards. The late 1970s were terrible, the 80s were worse. What we call the enormous progress since we joined is largely made up of figures derived from the years 1992 to 2008, a time which itself must be divided into two, because there was a crucial fact absent in the first part, present in the second and still with us today, the single currency, and consequently control of our own monetary affairs operating on the international exchange.

With the foundation of the Free State, despite the negotiation of fiscal autonomy in the Treaty, all governments favoured linking the Irish Punt, one for one, with the Pound Sterling, thereby effectively keeping a single currency with the UK for “stability”. In 1979 the EEC, in one of its many free market defying measures, introduced the Exchange Rate Mechanism whereby currencies within the group, although technically free floating, would by central bank intervention be kept within narrow bands of exchange rate difference for “stability”.

So for stability we operated in a single currency area from 1921 to 1979 and from 1979 we operated in a virtual single currency area until two fateful events occurring in 1992. It was a stability of economic stagnation. We were certain to fail and we did. In 1992 the ERM collapsed under its own contradictions, and Ireland signed up in principle by the Maastrict Treaty to a new single currency area which came about in 2001. Thus in 1992 Ireland by default ended up managing its own monetary for the first time in modern times. Our first act was a devaluation of 10%. There also began an equally unprecedented period of rapid economic growth, sometimes exceeding 9% per annum which transformed the country and spawned that awful term “The Celtic Tiger”. Wages rose, inflation fell, unemployment practically disappeared and without very much effort at controlling public expenditure there was at year’s end a budget surplus, each year, every year. 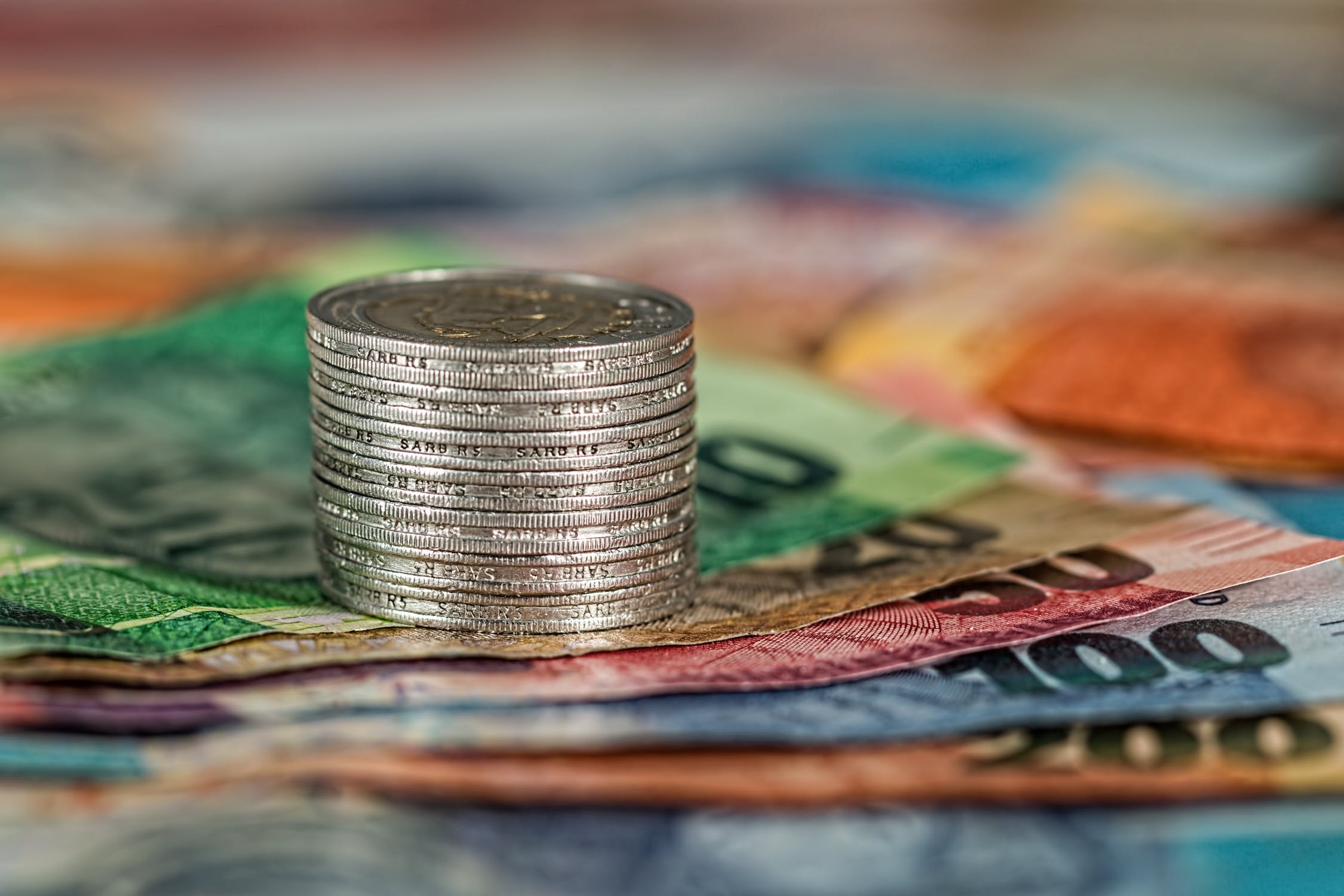 In 2001 our commitment to join the single currency area became a fact, and two years’ later there was the accession to the EU of the bulk of Eastern Europe and with it an endless supply of cheap and not always unskilled labour. After a brief flirtation with recession in 2000 the economy took off again. But to the watchful, there was something different about the second “half” of the boom. It wasn’t based on new markets, and brought almost no new factories. It was the evasion of recession by cheap money of an artificially low interest rate by the ECB, wages stopped rising and there was a huge influx of immigrants into the labour market. And cheap money went where cheap money goes when there’s nothing real to invest in, into speculation and in particular property speculation.

It couldn’t and didn’t last. But no one yet has seemed to note the signal difference between the real boom and the fake one. An independent monetary policy.

Control of currency valuation and interest rates are the very basic tools of government economic policy, getting both right does not of itself preclude failure, but getting them wrong definitely ensures it, and handing both over to another body, in this case the European Central Bank, to be set according to the aims and interests of multiple national economies means that too high or too low, they are always wrong. We are currently in a new boom phase, on low interest rates, and investment is again being placed in property speculation.

The extent to which the Union even worked is debateable to the same extent as it is now failing, but failing it is. And the question then has been raised, whether it is any longer on balance in our interests to remain.

The National Party is necessarily bound by certain Principles in evaluating this question. There is of course the economic interest of the Nation, no small thing, not to be put to one side like some ascetic, we had enough of that under De Valera. And the economics are increasingly balancing against, unless there is some change and that such change be so radical as to exceed what is normally termed reform.

The massive migration crisis, partly inevitable, but to a great extent deliberately brought on Europe by governmental and non-governmental agency is clearly not being dealt with sensibly at an EU level. It is proceeding from wrong assumptions to begin with and being enacted chaotically. Specifically the German government imported over one million migrants purposefully and then proceeded to speak of a shared EU burden. Nein, you took ‘em, you deal with ‘em, or more sensibly you send ‘em back. It has nothing to do with Ireland. Greece and Italy have been dealing with a less deliberate influx of unsupportable levels of migration too and the call is for burden sharing. The proper burden we should be willing to share is to provide what help we can to stem and reverse the influx, but the EU insists we have “responsibilities”, which exist in fact only in their imagination. An Irish government has responsibilities only to Ireland, anything else is generosity or stupidity entirely dependent on the scale. First and foremost we need to affirm that this question of migrants is a national one, not a European Union one.

Until the advent of the accession countries in 2004 there was very little free movement of peoples within Europe despite it existing as a legal right. Thereafter everything predictably changed and there was a mass of people, again too many from east to west, causing immense problems for the economies of Eastern Europe but providing cheap, even exploitable labour in the west and fairly dramatic social change. As one of the “EU’s Four Freedoms” it was and is sacrosanct in Brussels. That must go and be replaced by sensible national quotas.

That the Union operates in a grossly undemocratic way is now a given, though almost nothing has actually been done about it. Whether democracy can even function on so large a scale without the strict rules of subsidiarity is moot in the face of an appointed Commission which alone can legislate, a Council of Ministers weighted against the smaller member States, and an elected European Parliament with a “consultative” but not decisive role. That must change.

The Single Currency is a failed project. It has repeatedly threatened to derail the European Union altogether and has brought the misery of austerity to many of the nations of the South, especially Greece, even more than it has to us thus far, where it has been cripplingly bad. It was a schematic of stability which has brought about the opposite. It must go, or nation states should begin to unilaterally leave, in a structured or chaotic way, either works in the medium term.

There must be an end to “ever closer union” right now. Federal Europe is a dated and dangerous idea.

It must and can be reversed…