Today, at the beginning of the year 2022, Ireland and the world remains in turmoil. It is not within the remit of this small article to get into the nitty gritty of the very open agenda; the who, why, where and what is behind this situation. All the brilliantly researched information is available online on multiple sites and has even been spelled out by the main players in the World Economic Forum and World Bank, etc. The purpose of these few lines is merely to try to join some dots and highlight the path out of their nightmarish plans.

Across the world hundreds of millions of people are opposed to and are protesting the present situation. In Ireland despite an endless barrage of attacks against anyone who questions the nefarious agenda; despite blackmail, bribes and threats, hundreds of thousands of people have remained unbroken. There are a multitude of groups both online and in the real world. Well attended protests have been held. This is an exciting time. For many it is a very confusing and frightening time.

There must now be a realisation that what existed before 2019 led us all to this point in history. For many years there has been an ongoing campaign against Nationalism. Patriotism and pride in your own national and cultural heritage has been demonised. All efforts by those who run this society have been focused on creating self-hatred among the indigenous European peoples. The aim is to make us accept the cultural and demographic destruction of our homelands and to support our own extinction. To vanish without a whimper.

Internationalism has been the mantra of these people. It has been pushed in academia, through the education system, through the media and the film industry by the very same people and institutions pushing the COVID agenda. Being a Nationalist, according to these leftists, is “bad”, “backward” and must be avoided at all costs. Their aim, of course, is to eradicate the Nation and create a disassociated, deracinated globalist economic system. So, to defeat the COVID agenda it is essential to join the struggle for National Sovereignty.

The only thing that stands in the way of the globalist agenda is the homogenous Nation State, that’s why they hate it so much. A Nation who are aware of their historical heritage, who hold it with pride, who cherish their ancestors and love their land and its people is everything the globalists strive against. Such a strong community of people could never accept the machinations of this globalist elite.

In order for these rootless internationalists to rule over people and push degenerate ideas, they require a divided, disconnected population; a population with no shared heritage or culture. A population merely motivated by getting the latest fashion and concerned with having the ability to pay their ever rising levels of debt. Leftism strives for the destruction of our homeland by constantly pushing open borders. They stand for the destruction of the family and the destruction of National identity. Therefore, the protection of our homelands, the cherishing of the family and the promotion of pride in our heritage and culture, are revolutionary acts.

Those who fear and loath the dystopian system that the COVID agenda is implementing must embrace Nationalism as it is the only thing that stands in the way of this globalist nightmare. Those who are implementing these restrictions, who are bringing in “COVID passes” and digital IDs, who are enforcing mask wearing on your children, who are mandating vaccines, ruthlessly oppose the Nationalist re-awakening. It terrifies them. It gives them sleepless nights. They know it is the only force that can stop their plans. 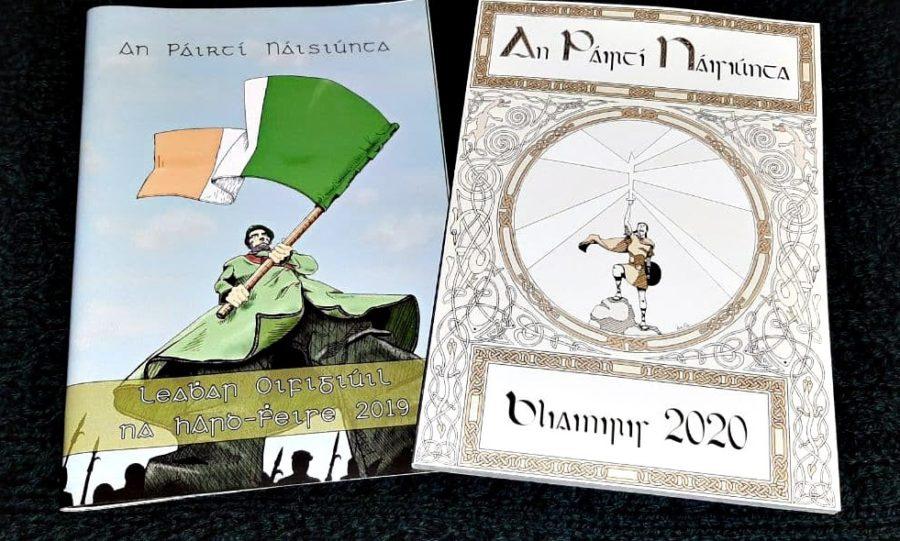 Developing now in our homeland and right across Europe and the European diaspora, from North America to Australia is a strong homogenous spearhead that puts Nation and the people of the Nation first and above all else. A political idea that holds that the Nation is not a mere economic landmass ripe for exploitation by transnational corporations or internationalist financial institutions. The basic starting point is that this land belongs to us and that we are its custodians. We have a duty to our children and the generations yet unborn to protect and safeguard our homelands and heritage.

Our society is in such a difficult situation today because our country is being run by traitors who do the bidding of financiers and global corporations. All of the establishment parties know where the real power is, and all of them will do the bidding of their financial controllers against the interests of the Irish Nation and her people. All of them, Fianna Fáil, Fine Gael, Sinn Féin, and the whole raft of leftist parties. All such malevolent groups will claim to be “patriotic” while doing everything in their power to work against the Nation and her people.

Every other day in the mainstream media, the paid propagandists of the globalists have a scare story against the “far-right”. Despite these endless attacks, despite the threats and intimidation against anyone with a “Nationalist sympathy”, its flame still stirs in the souls of many people. It cannot be defeated. In the words of Pádraig Pearse, it remains in the soul of those who have “no riches laid up but a memory of an ancient glory.” This is what the parliamentary puppets and their globalist bosses strive tirelessly to keep down. This is what they work day and night to destroy. Yet they have failed, as they have failed repeatedly over the centuries. There is, as there has always been, a section of the population who cannot be intimidated or bought off. 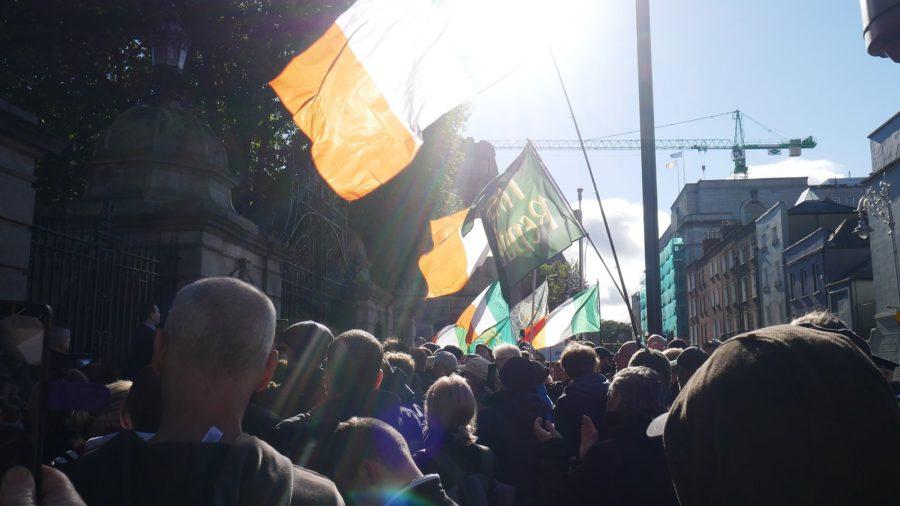 There is a growing awareness that what is happening in society is connected. The COVID agenda is unavoidably connected with the economic, social and cultural reorganising of society. This includes the demographic transformation of our homelands. These strategies are working in tandem. We are not looking at different battles, it is all the same struggle. The COVID agenda is being implemented and organised by the very same people organising and implementing mass-migration into our countries. Unless we recognise how the jigsaw fits together we will be unable to defeat them.

At the heart of the problems we all face now, whether it is the ongoing COVID tyranny, homelessness, out-of-control debt, lack of job opportunities for our children, the hospital crisis, the education crisis, etc etc, is the destructive force of internationalism/globalism. The answer is National Sovereignty and control over our own destinies. The creation of a State that has the sole aim of serving the people of the Nation. This is what our ancestors fought and died for. This is the only thing worth struggling for.

We have a golden opportunity to build a fantastic future for our children and the unborn generations. Everyone has his and her own part to play. Now is your time. Join with others to build a Nation that you want to live in and that you will feel proud to hand on to future generations. No part is too big or too small, every bit of effort you contribute, goes towards the collective; whether it’s leafleting, organising, printing, writing, campaigning, everyone has something to give. Play your part, get involved in the National Party and begin building a New Ireland.